May 26- Ron Shapiro The Power of Nice 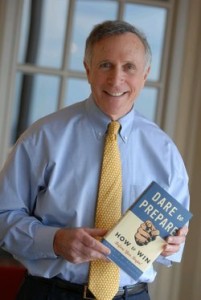 Want to learn how to negotiate so everyone wins? Click to listen to Ron Shapiro on the AHA BUSINESS RADIO May 26th, 2015.

USA TODAY called Ron Shapiro “one of baseball’s most respected agent-attorneys,” and THE SPORTING NEWS named him one of the “100 most powerful people in sports.” His impressive list of clients includes more Hall of Famers than any other agent, including Cal Ripken, Jr., Jim Palmer, Brooks Robinson, Kirby Puckett, and Eddie Murray, and 2009 AL MVP, Joe Mauer, who have benefited from the more than one billion dollars in contracts that Mr. Shapiro has negotiated. In addition, Mr. Shapiro is the Special Advisor to the owner of the NFL Baltimore Ravens and to the General Managers of the NBA San Antonio Spurs and Oklahoma City Thunder.

Mr. Shapiro’s book, THE POWER OF NICE: HOW TO NEGOTIATE SO EVERYONE WINS – ESPECIALLY YOU!, was excerpted in FORTUNE MAGAZINE and named one of the “Top Ten ‘On the Job’ Business Books of the Year” by the LIBRARY JOURNAL.” Read the rest of his bio on Amazon here.